A two-storey building built to the Gouger Street alignment. The ground floor has been altered, but the first floor of the southern elevation retains original detailing. The fabric is masonry that has been rendered and painted. There is a parapet, dentilled cornice across the southern elevation and a central pediment that conceals the roof. Windows are paired and recessed. They are timber-framed and double-hung sash. There is a timber-framed verandah over the pavement that is a modern addition/replacement.

These shops were erected on part of Town Acre 384 that was originally granted to Frederick Boucher on 23 December 1837. The shops in question were built by Patrick Healy in 1907, completing a major investment by him in the site. Healy, an Irish migrant who had established a successful bootmaking business, began building two shops on the Morphett (originally Brown) Street part of the site in 1891. He later acquired the corner site and, on 13 January 1896, gained approval for additions and alterations to an existing corner shop, converting this into the existing two two-storey shops to the design of Edward Davies. He completed his investment in 1907 when he had these shops built along with another between these and those on the corner.

The building is of heritage value because it retains original fabric and good quality external detailing, for the manner in which it reflects the changed commercial nature of this part of Gouger Street and the scale and form of Edwardian buildings that once feature in this area. It closely complements other buildings of similar scale and form on the corner of Gouger and Morphett Streets. It illustrates several key themes in the city’s history: 3.5.2 Retail and Wholesale Industry; 3.5.4 Small Retail Establishments; 4.3 Development of the Building Industry, Architecture and Construction; 4.5.3 Edwardian Commercial Styles (1900 to 1920s); 4.6 Heritage and Building Conservation; 4.7.1 Adaptive re-use. 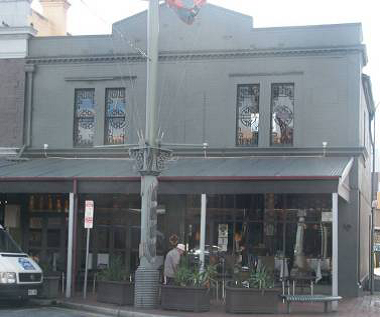